While bringing CRUMBS, I would like to speak the language of our bodies and emotions, on surface of which we will see: fleeting moments, puffs of love dust, endless self-immolation, surprise, evolution, suffering, relationships, ‘mild agony’, or maybe rather most importantly, Fight, which I want to talk about as loudly as possible. 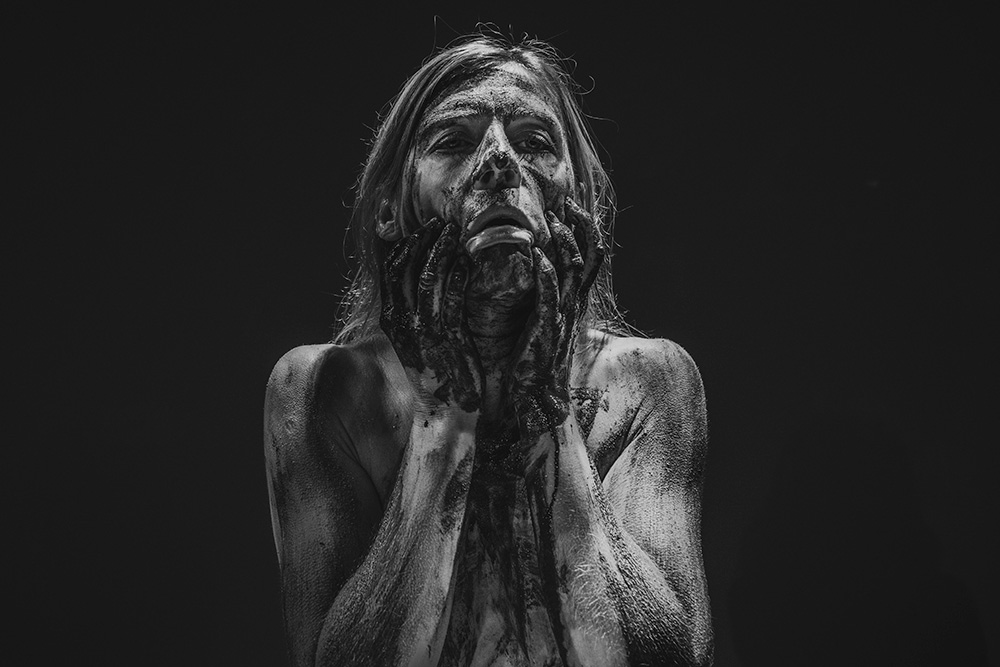 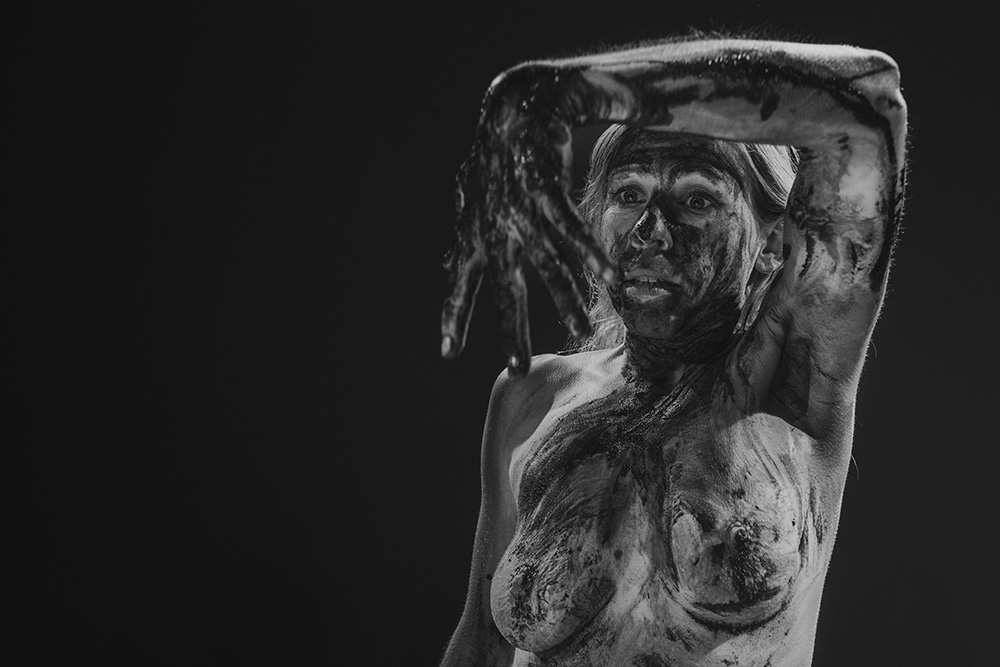 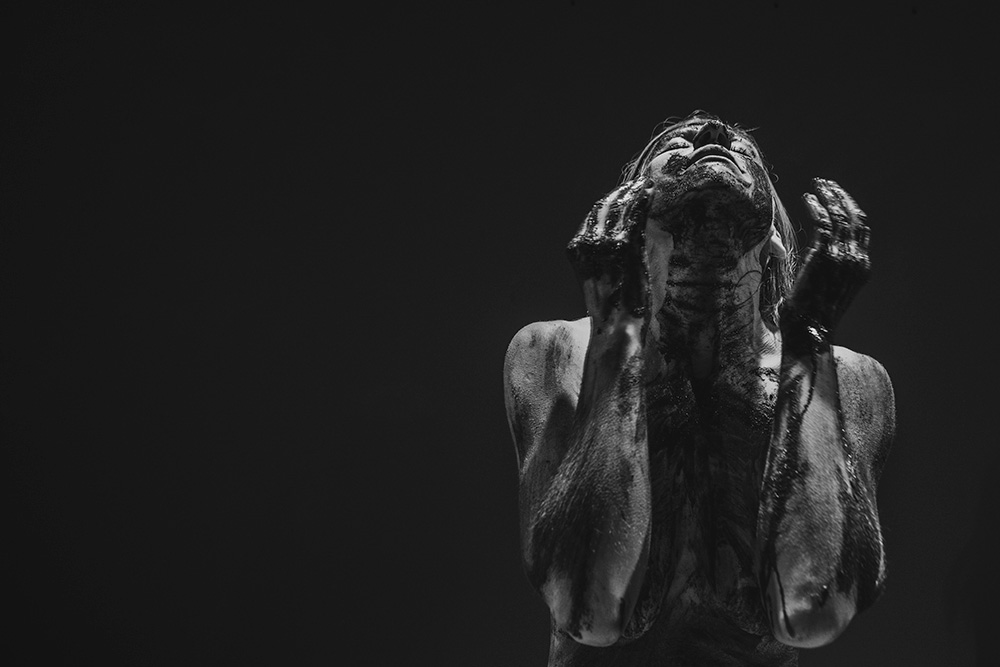 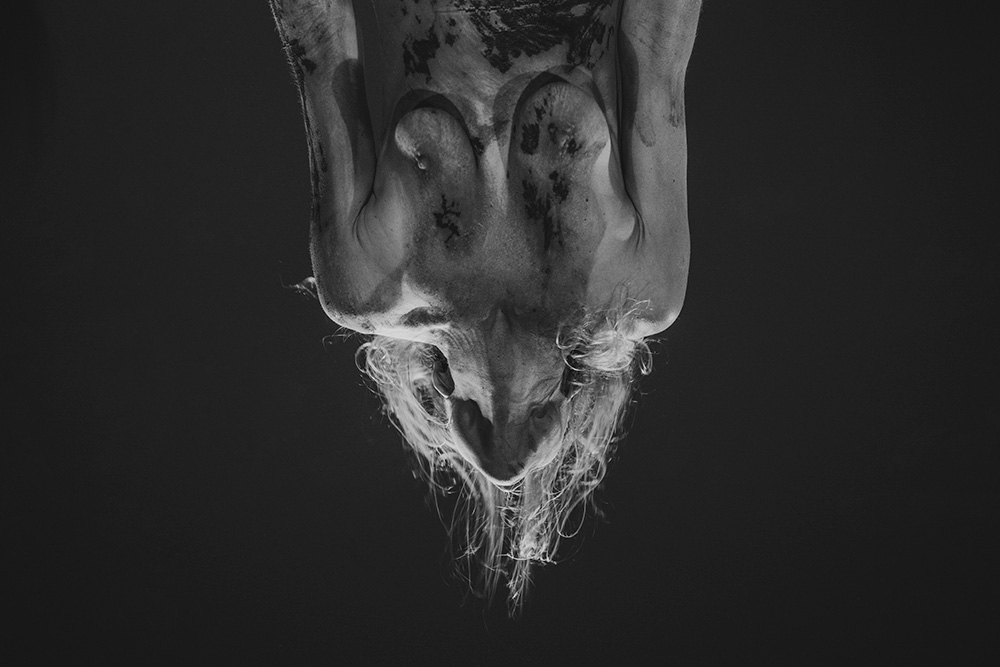 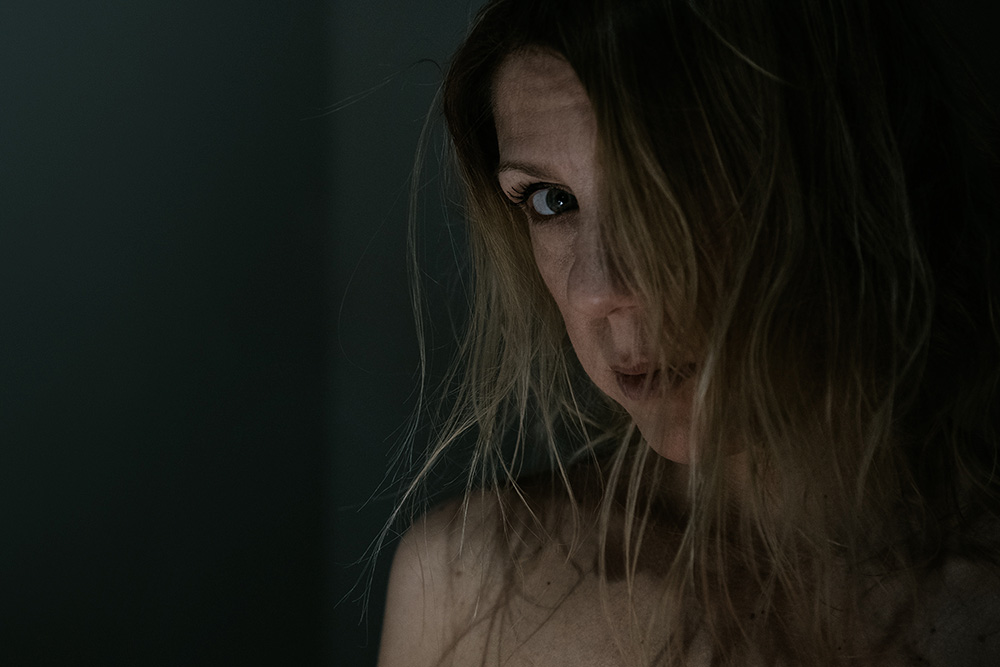 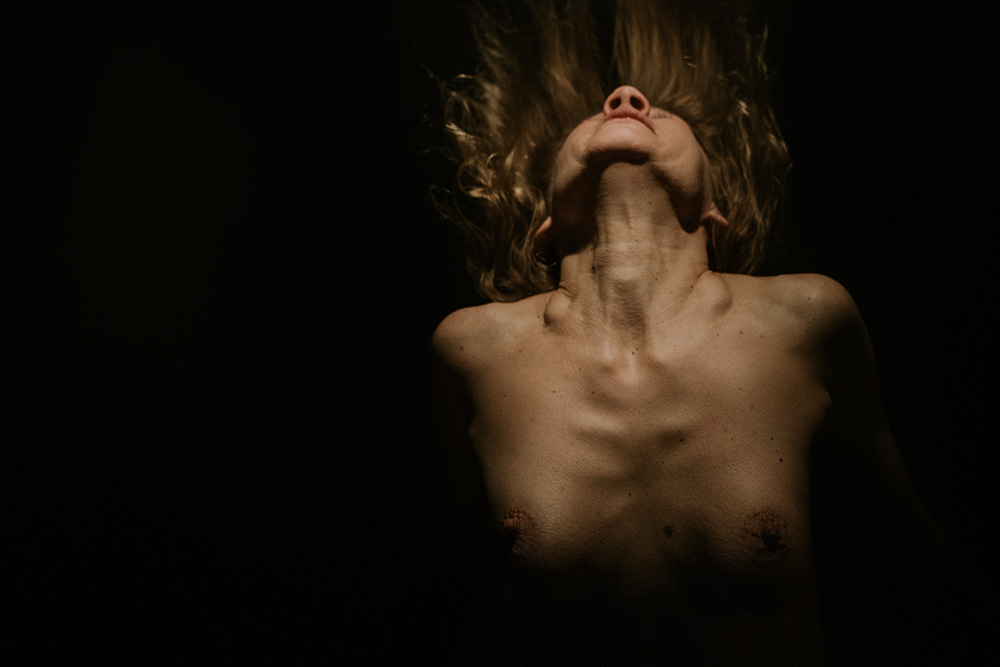 That’s HER. She remains locked behind the wire of prison walls, or houses where doors and windows remain shut, where the alive ones become dead, even though they haven’t died yet. She went out on the streets in the Fall, holding banners saying ‘Freedom’ and you cannot stop her, turn her back.

It’s HER who screamed and still is screaming through the mouths of women, men and children, when I was unable to open my mouth and when I was walking with my trembling, sometimes even paralyzed body, yet ready to fight along with other people walking next to me.

I have always wanted to face the idea of unmediated, direct action that is caused by something penetrated ‘intravenously’, like an injection or a sting.

In my stage work, I have always thought and taken action as HER.

Now SHE, a daughter, a sister, a lover, a mother, is a body, a temple. She is invincible, one of a kind and she is ‘for’ until the end of the world.

The first CRUMBS performance was combined with Artur Turek’s photo exhibition from the ‘V’ show and it was, in a sense, connected to it. While it was not a direct mapping of the performance, it was also more than just a photo report. It has become a new interpretation of that performance, once again exploring the subjects of loneliness, looking for meaning, strength of life as a fight. The solo project ‘V’ and ‘Crumbs’ came into being as diptychs and that’s how I tend to think about them. The second project would have never happened without the first one, even though I am keeping a black canvas for my future actions.

Since the premiere, CRUMBS has been in a constant process of changing. After the rehearsal period in the A Part theatre, its final shape has come to life during off.[REC.] in a facility in Brzezinka and Na Grobli Studio in Wroclaw, named after Jerzy Grotowski, which I’m eternally thankful for.

The project was implemented within the cultural scholarship granted by Marshal of the Silesian Voivodeship.

Previous presentations of the performance: